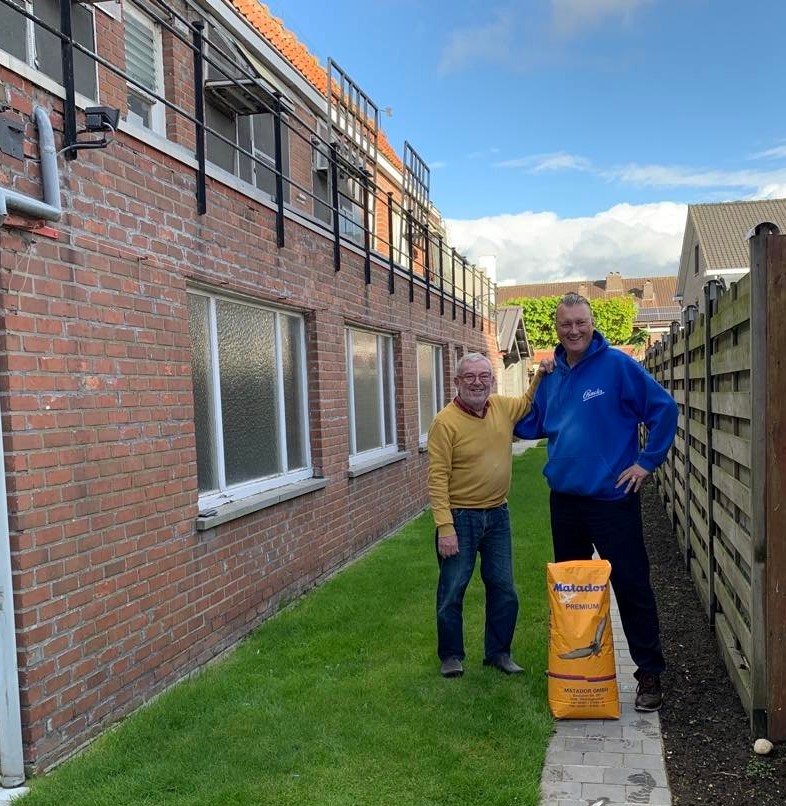 Leaving behind me the just awakened Friesland on the early Friday morning, on to the East Flemish Aalter for the now annual lunch appointment with the 'éminence grise' of the middle distance; Aster Vergotte.

Famous in far corners of the globe because of outstanding performances with widowhood hens in his own system. Acting independently, which resulted in national ace pigeons, national and nat. zonal victories, interprovincial victories and an incalculable number of provincial victories. With 20 widowhood hens on the middle distance and 10 widowers in the long distance and extreme long distance, the champion enters the 'pitch' every year and competes against the national superpowers with great success. A triumphal march of decades. Always successful with its own strain, proudly stated by Astere that it is still imbued with the golden Flemish bloodlines of the legendary Catrijsse van Moere brothers and long distance legend Roger Vereecke van Deerlijk.

The Matador mixtures have been on the menu in Aalter for many years. Of course, during these months it is Premium Moulting who has to realize the construction of the new 'flight suit' and in a few weeks the Premium Breeding Olympia will be in the feeders, supported with the Ocean Gold mineral mixture. During the racing season, the system is used with 'Turbo Extreme' on return, the first days after returning home, 'Cleaning' is done with Premium Start, construction with 'Premium Athletic' and filling the tanks with 'Turbo Extreme'. On the day of basketing, it is the Boarding Mix that puts the finishing touch and gets the racers off to the start in the best possible way.