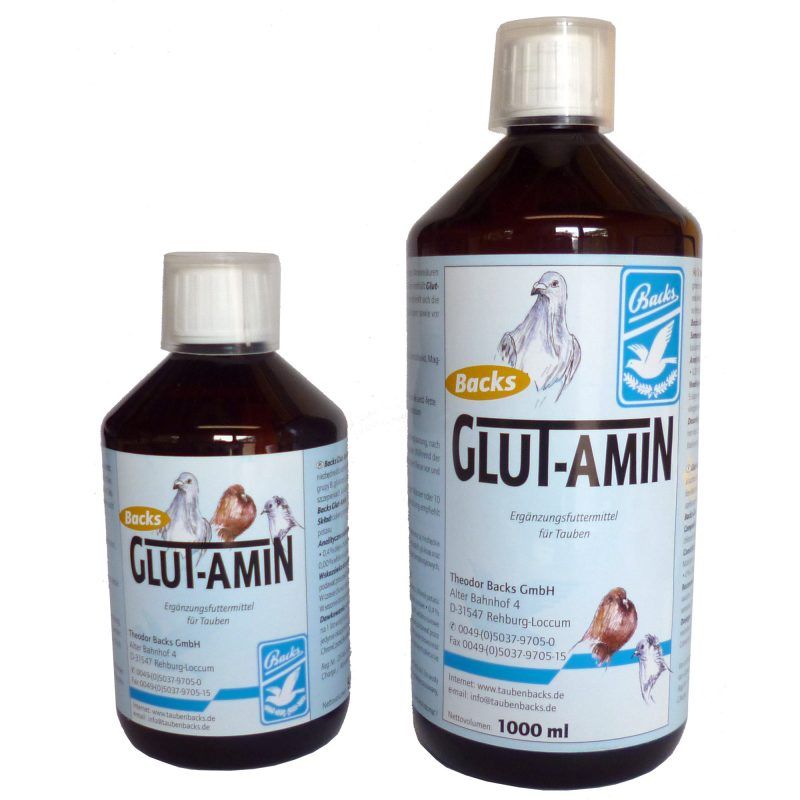 The Tour de France has started again. That is always an inspiring time for me. I am always very curious about new developments in the field of nutrition and additives. Now you can say: “Willem, you are retired. What are you still worried about?” Well…. It's in there and you can't get it out. It is a kind of passion or pigeon disease. It doesn't matter what you call it. Of course it is also because I myself still race pigeons in partnership and therefore I am involved in the sport. In any case, it keeps me busy and the wheels keep turning. And I think that is much more sensible than ending up behind the geraniums.

Cycling.
When I follow the tour, I mainly look at the food and the by-products that are given and eaten. If you look very specifically on the internet, you can find out. At least what they want to let us know. Every year there are also those so-called "secrets" that we also know in the pigeon sport. I think for a moment about the spelled bread, which was such a hype a few years ago. Now it's quiet again. So we keep going back and forth from cycling to pigeon sport in the next paragraph.

Energy for birds and cyclists.
We also have to realize that pigeon sport is really something different from equestrian sport or human sport. Cyclists can take gels or other food along the way. They can also drink water and continue cycling at speed. Pigeons can't do that. Furthermore, the metabolism of humans and/or horses is very different from that of birds and therefore also of pigeons. If I look at the cyclist's diet, we see that about three quarters of the diet consists of carbohydrate-rich foods and about one fourth protein. High-fat foods are hardly eaten. The proteins are to provide the muscles with nutrition to be able to kick wattages and the carbohydrates are by far the most important source of energy for humans. It is very different with migratory birds and also with pigeons. Cycling teams that participate in important races such as the Tour de France have already started optimizing the nutrition of each individual rider during the winter training sessions. And that starts somewhere in December or January. The power supply is individually tailored to each rider. The time before and after the effort is also mapped. In pigeon sport terms we could say: we start the training sessions and see how the pigeons react individually.

Muscle recovery
After the training, the recovery period is looked at. Cyclists must of course recover well and quickly, because the next day they have to start again. Immediately after arrival they receive a recovery drink containing very quickly absorbable proteins and carbohydrates. This must be done as quickly as possible in order to immediately provide the muscles with building materials. Nutrition plays a very important role here. A recovery drink based on very quickly absorbable proteins and carbohydrates is drunk as soon as possible after the effort and will ensure that the muscles are quickly supplied with building materials to start the recovery process. Minerals and trace elements are also added, because there is a lot of sweating. After some time, the cyclists are given a small meal to continue nourishing the body. Nutrients must always be available to allow the muscles to recover optimally.

Electrolytes.
For pigeons we can learn from this that pigeons have to take in electrolytes and very easily digestible proteins after heavy and warm races. So don't wait for the evening feed. No, immediately upon returning home in the drinking water. I know that not all nutritionists are on the same page here. There is also a scientific report on the use of electrolytes after a flight. This comes from the state university in Gendt. According to the research done there, the mineral balance in a pigeon that was immediately administered electrolytes after the flight would have recovered after a few days just like a pigeon that has not received such electrolytes. It would therefore make no sense to administer these after the race, according to that report.

However… says Judge Judy….
One then looks at the mineral balance of a pigeon and that is where the catch comes from. Because: both Dr. Curt Vogel, former employee at the Deutsche Landwitschaft Verlag in Berlin as well as other well-known pigeon vets are clearly in favor of giving electrolytes. It is possible that after a warm weather race the pigeon immediately drinks a lot of water when it comes home. The potassium and magnesium levels in the blood can drop by a factor of 100 in a few minutes, which can lead to an acute cardiac arrest. Electrolytes therefore offer an immediate solution here. Added to this is the great advantage of the fast recovery due to the super fast protein absorption.

Gross or subtle.
Mineral substances such as calcium and phosphorus are absorbed by the body to e.g. to make feathers or bones. This happens through the normal digestion process. Ultimately, the substances are removed from the diet or the mineral mixture and converted in the body.
Good electrolytes contain many fine particles, which can be absorbed directly into the blood. They then no longer "sag" but form part of the blood itself. The fine material high-quality parts Sodium, Potassium, Magnesium, Selenium, Iodine, etc. are linked to other substances. A carbonate, a gluconate, citrate, a glycerol phosphate, chelate and also chlorides are used for this. In the latter case, it is therefore attached to a salt.

Sugars.
In addition, electrolytes also usually contain sugars. That is the first thing a pigeon needs after a hard performance. When the sugars are all gone, the brain can no longer function.
We all know the images of marathon runners waddling across the finish line. They don't know where they are anymore. Fast absorbing sugars are e.g. dextrose and glucose. Sometimes the vitamin B 12 is added to activate the metabolism. Was the race very hard? Then giving electrolytes + easily digestible protein is recommended. So do it directly in the water, before the pigeons return home. You may have wondered why you can hardly interview many athletes without a water bottle with a straw during an interview on TV after a sports performance. Right, research in cycling has shown that the recovery of blood values ??and muscle damage occurs fastest within 20 -30 minutes. Products that work well for pigeons are e.g. Backs Glut-Amin and Tollyamin Forte.

Electrolytes for the upcoming race
This is also recommended in very hot weather, especially for races with one night basket. Several years ago I read articles by Gordon Chalmers, a nutritionist from Canada. According to him, electrolytes could cause thirst. Also dr. Wim Peters of South Africa strongly opposes the use of electrolytes. However, it didn't convince me. In electrolyte mixtures there are not only mineral salts that retain moisture, but also sugars. And indeed: pigeons can get thirsty if we give it on the day of basketing. The solution is obvious: if you are not at home because you have to work, giving electrolytes on the day of basketing is not an option. Only on the day BEFORE basketing. If you are home on the day of basketing, you can give water with electrolytes in the morning immediately after feeding. After an hour you go back to the loft to exchange the drinking pot for clean drinking water. Pigeons that have become thirsty can now drink clean water to quench their thirst.


Lactic acid.
In the minds of some experts, that adding electrolytes lactic acid can be formed during a race, I do not believe so. A spoonful of electrolytes (10 grams) per liter of drinking water for 20 pigeons only adds half a gram per pigeon. If it contains a third of sugar, we are still talking about 0.17 grams of sugar per pigeon..... Lactic acid is formed by carbohydrate combustion and is a waste material. In the case of humans as a top athlete, this can quickly amount to 60% of the energy consumed, with the pigeon we know that it actually flies for a maximum of one hour on glucose and blood fats. Even during heavy races, only very limited lactic acid is produced. You can compare it like this: carbohydrates and proteins are like wood. Burning leaves a lot of ash. So waste materials. Fats are like oil. After burning a good oil, you have nothing left at all. The pigeon mainly consumes fat as fuel and will therefore not produce much lactic acid from carbohydrates and fats.

Less legumes.
However, if you feed a lot of legumes (peas/beans) and no fat, as is still done in some countries, such as in England and Australia, more lactic acid and waste products are produced. It is therefore wise not to give many legumes to racing pigeons. to dr. Collin Walker from Australia, who often has to deal with dehydration symptoms in pigeons, I would therefore like to suggest to his fanciers to "significantly reduce the content of legumes in racing food". This is to prevent the formation of lactic acid and other waste products such as ammonia. In addition, legumes need moisture to be digested. That's exactly what we don't want. I spoke in the previous article about giving peeled rice, which also absorbs a lot of moisture. So we'll skip that for now.

Conclusion:
It is wise to add high-quality electrolytes to the drinking water after a heavy and/or hot flight. Fast recovery takes precedence over recovery that takes a few days as far as I'm concerned. I would add electrolytes to the drinking water for 2 days before basketing. This is to retain the moisture in the body for longer. There will be no thirst if the pigeons still have enough clean drinking water available on the last day of basketing. It is also advisable to feed a bit more fat when the flights are hot and heavy. Feeding a lot of legumes is then absolutely not recommended. Adding hulled rice makes sense during the last 2 days of feeding. The need for minerals and trace elements cannot be covered with electrolytes. Those levels are far too small for that. Mineral mixtures and grit are therefore not simply replaceable.

That's how I look at it, along with some other experts. But I don't have to be right, you know that. We are now at the beginning of the young pigeon races and it can get warm again every race. Use it to your advantage.